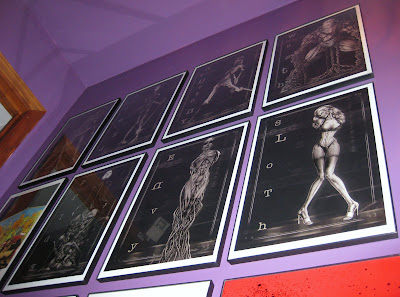 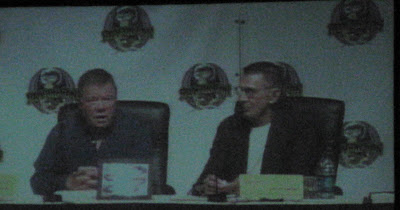 Despite the absence of anybody as compelling and amazing as Nimoy and Shatner, this year looks pretty good. I am encouraged by the fact that the comic book side of things looks stronger than it has in quite some time. That is important, because if the rumor mill is to be believed (and my personal mill is pretty fucking reliable), the WizardWorld Atlanta is not exactly the most important thing on anybody’s schedule. Or possibly even on anybody’s schedule at all. Except, of course, Johnny Fairplay. In addition to my excellent source’s word, I have the fact that not a single one of the creators at Heroes Con even knew there was a WizardWorld in Atlanta. I’ll be very interested to see reactions when I bring it up at Dragon*Con; which should certainly be close enough for folks to have an idea if they’re going to be attending or not. Or at least have heard of it.
So we need to get the most out of our comic book friends at Dragon*Con, because we may not see their like again until next year (or Heroes, if you’re so inclined; and I think we will be). I’ve already un-selected one of the vacation days I had set aside for Wizard because I’m just that certain I won’t need to devote a whole weekend to it. Make of that what you will.
As always, you can follow my shenanigans on Facebook and Twitter.
Until next time, stay creepy
-Phantom
Posted by Phantom Troublemaker at 1:00:00 PM