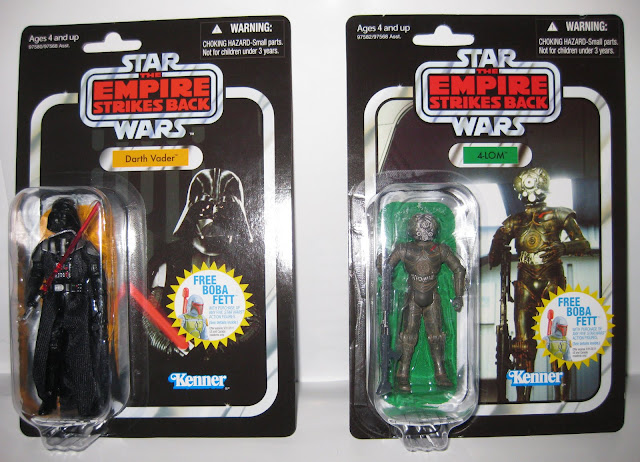 I was appalled to discover that the new Vintage Collection figures were going to have a $9.99 price point. More appalling was the fact that I knew I would end up buying some of them, despite not feeling entirely sure they were worth it. The most appalling thought of all was that not only would I have to pay that price for a fucking cloud car pilot, but that I would be buying two of the little bastards. Damn you, Haaaasbroooo!But I’ll have to review those at a later date because I haven’t found any yet. Today I’m talking about a Darth Vader figure that I hadn’t planned to buy and a 4-LOM that I could have gotten for three dollars less if I had jumped on it a year or so ago. To this day I haven’t learned the lesson that if you see a toy you think you want, you had better go ahead and buy it because you may never see it again. I saw the old Legacy Collection 4-LOM one time in a Target and figured (no pun intended!) it could wait. I never saw that little bastard again. So the other day I got to pay ten bucks for him. I say that because it was a buy-1-get-1-half-off sale and I really don’t want to think I paid ten bucks for this Vader. So you can see where this is headed.“Why the hell did you buy another Darth Vader, anyway?”Because I didn’t actually have a good Vader. I’ve got the “NOOOOOO!” version on the operating table, a super-beefy “Force-Choke” version that came with the Imperial Briefing box set, the first removable helmet version and various and sundry other non-3 ¾ “ scale Dark Lords of the Sith. I didn’t actually have a definitive standard-scale Vader. And still don’t. Ahem.

First Glance: This new packaging fucking rules. It just seems so cool to be holding that black cardback with the stripe around the side and the slim little blister. This new packaging is also extremely flimsy. It isn’t going to weather hanging around stores very well, which is great for people like me who open everything. Maybe not so great for Hasbro, who are going to lose a lot of collector sales because of this. I’m so stoked about the packaging I barely even glanced at the figures. 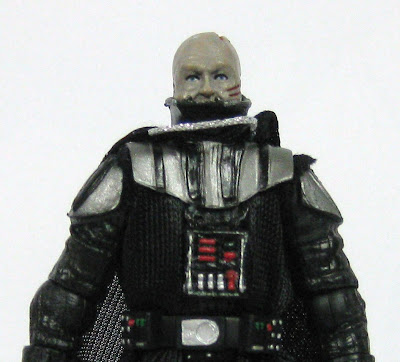 Sculpt: I’m not gonna lie, Vader looks pretty good sculpt-wise. He’s tall and lean and has all of the buttons and switches and slots and whatnot we’ve come to expect. He is articulated extremely well and can hold his lightsaber with both hands without looking doofy – a first, I think. His helmet comes off in two pieces and he has a great Sebastian Shaw likeness under there. Unfortunately, the helmet is why this Darth sucks ass. It doesn’t stay on. If you put him on you shelf and never, ever touch him again or jostle the shelf or put anything else near him it might just stay put. I’m also not crazy about the soft goods cloak and skirt thing; but I don’t’ have a better idea and at least they match this time. 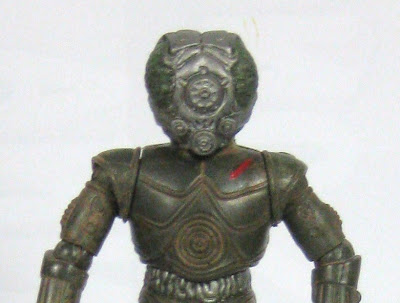 4-LOM is great. It is articulated as well as Star Wars figures get nowadays and has all of the circuitry detailing it should. 4-LOM is also capable of holding its rifle either two-handed, one-handed or like it does in the movie. 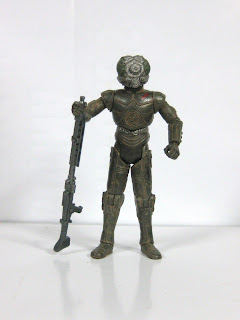 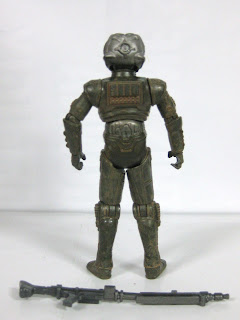 Design: 4-LOM’s paint apps are great. It looks dusty and tough, like a bounty huntin’ droid should. The bug eyes are particularly well done. 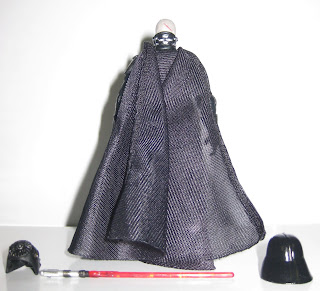 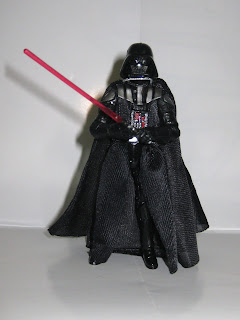 Vader has minimal paint, but what does he need? All of his little knobs and buttons are detailed, that great Shaw likeness is nice and raw; his boots, quilting and gloves all have different glosses. He is well done. 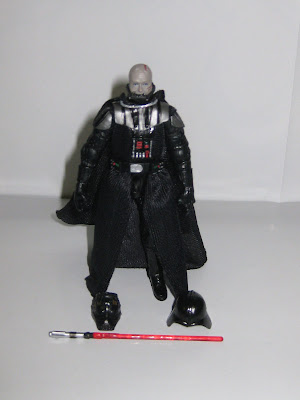 Accessories: Vader has that damned shitty helmet (2 pieces), his lightsaber and his cloak. The skirt thing probably doesn’t come off – I don’t know why anyone would want it to. The helmet and the lightsaber look as good as any I’ve seen at this scale. The soft goods are that thin, flimsy stuff that just doesn’t look good. I don’t remember Vader having a sheer cloak in the movie. Maybe this is sexy nighttime Vader? 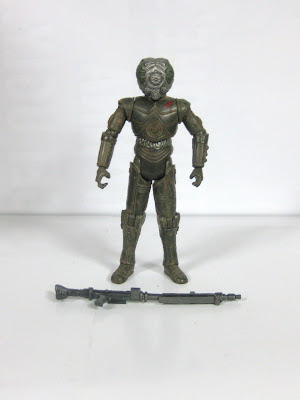 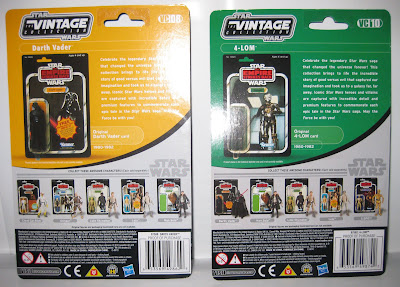 Packaging: We all know how I feel about the packaging at this point. It’s just amazing. I really hesitated to open these I liked it so much. I probably shouldn’t have opened Vader. 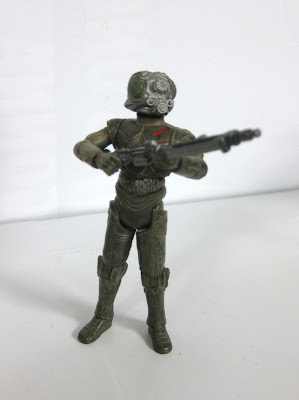 Overall: 4-Lom is tremendous and puts me one Dengar away from having perfect versions of all of the Empire bounty hunters. 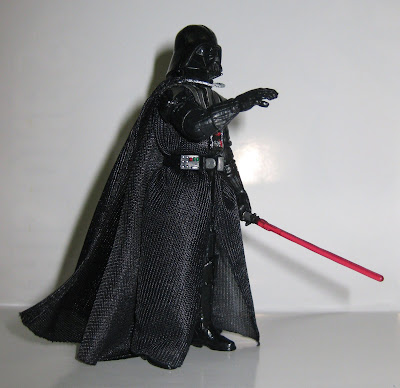 Vader isn’t as bad as I made him out to be. His helmet doesn’t stay on and his soft goods look crappy, but if you don’t touch him or get too close he is an excellent figure. He actually grew on me quite a bit while I was taking the pictures for this review. This tiger is a natural in front of the camera. He does “broody” like nobody's business – which saved him from the “2” he was originally getting. 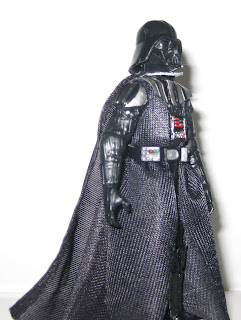 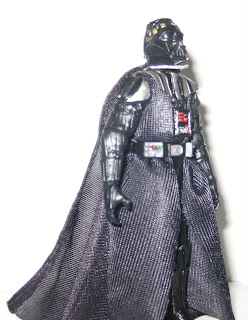 I wanted to post the AT-AT review today, but decided I really needed more pictures to do the big bastard justice. I'll put it up later this week, I promise.
Posted by Phantom Troublemaker at 1:00:00 PM