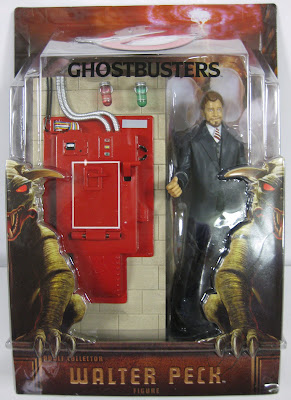 Walter Peck is an out-and-out douchebag. He has no redeeming qualities and gives weasels a bad name. He also works for the Environmental Protection Agency who, while they serve a vital role in our country, tend to have a bit more zeal than is strictly necessary and have time and again impeded our country’s progress with overbearing authority and a tendency to cater to loud special interest groups.
Clearly, Peck is a great villain; and William Atherton played him with a gusto rarely seen outside of old episodes of Doctor Who. Because of this, I broke my vow to only purchase the overpriced actual Ghostbusters and ordered myself a Walter Peck figure when Mattycollector put him up for sale. Was he worth it?
First Glance: As with the other Ghostbusters figures, the first thing you notice is the head sculpt. When a series is comprised almost entirely of shared parts, that’s kind of all you need to take in initially. I’m not so sure about this one. Maybe he’ll look better out of the package. 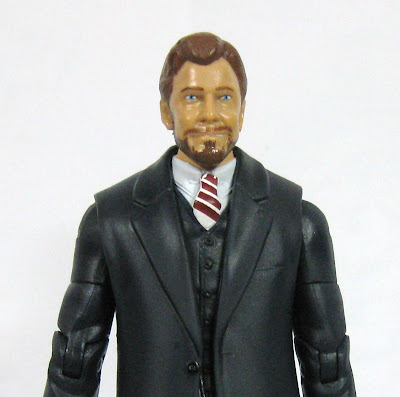 Sculpt: Not so much. I mean, it kind of looks like William Atherton – if you’re a fan of Ghostbusters or have watched it recently you’ll probably know who the figure is – but I’m not so sure anybody would recognize this figure cold. If I just stuck it in somebody’s face, they probably wouldn’t guess its identity. I think the main problem is the weird facial expression the sculptor chose. They seemed to be trying to go for the shit-eating grin he has when he’s serving the subpoena to Egon, but they probably should have just stuck with his normal frown.

His suit is a whole new sculpt, which is kind of a shock. The Ghostbusters seem scaled a bit smaller than the DCUC figures, so I guess they had no choice. It looks great and matches his screen likeness – better than the face, anyway. 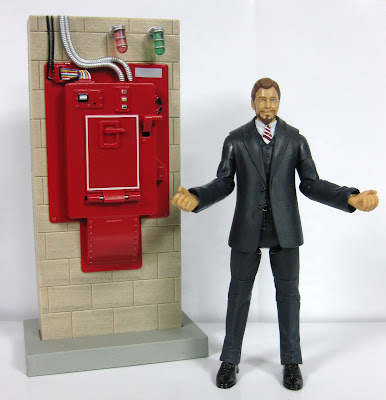 Design: The paint on the head looks fine. Nothing is out of place or odd. The suit is accurate to the movie. 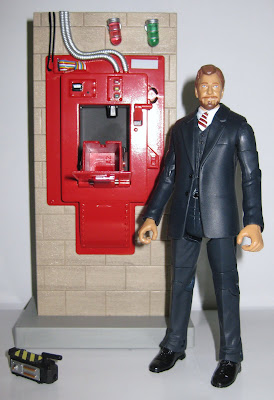 Accessories: Peck comes with a section of wall with the Ghostbusters’ containment unit on it and a trap. I am a little torn on this. While it is cool to have the containment unit, unless Mattel is planning on a playset to put it in it’s kind of pointless. I would rather have had a ghost. Also, for twenty bucks, the thing could have had a light-up feature. As far as the trap, it does not have the activating pedal or cord attached, so it is mostly useless except for sticking in the containment unit. I think Peck should have come with a ghost (everybody should have come with a ghost) and the subpoena envelope. 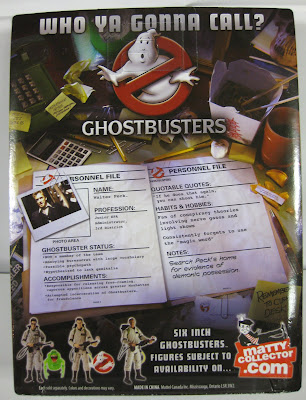 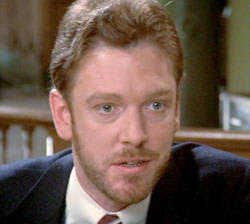 Overall: While I have to admit to being extremely happy about owning a Walter Peck figure, the weird head sculpt and my continuing dissatisfaction with the pricing of the Ghostbusters figures and Mattel’s odd accessory choices hurt his score kind of badly. 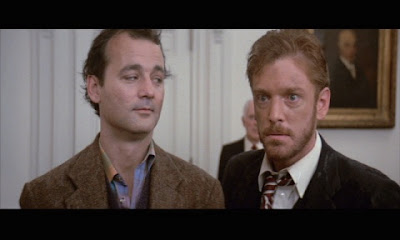 And yes, Judge; this toy has no dick.

That’s what I heard.