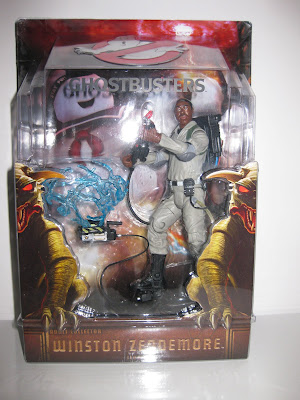 And now on to Winston.
This is one of the reviews that I was sitting on that got lost when my old flash drive got murdered, so in the interest of having a complete set of reviews for the Boys in Beige (?) I decided to go ahead and rewrite it. The words are probably a little different, but the score is the same. 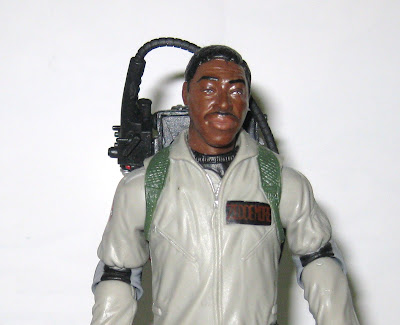 Sculpt: I’ve kind of adjusted to the idea that all of the actual Ghostbusters are going to share a body sculpt. They all wear jumpsuits and, honestly, in the first movie have somewhat similar physiques. I suppose I can understand Mattel not wanting to create unique molds for each character. Or at least, I could if they weren’t charging twenty bucks apiece for these fucking things. I still think that price is ridiculous.

Okay, so anyway, the head sculpt on Winston is just awesome. It looks exactly like Ernie Hudson and is by far the best of the bunch at this point. If it wouldn’t be so expensive to do, I’d buy another Winston and one of Mattel’s suited figures (Gotham thug, Walter Peck) and make a Leo Glenn figure. This is just an outstanding example of how good a likeness can be without the use of scanning technology. 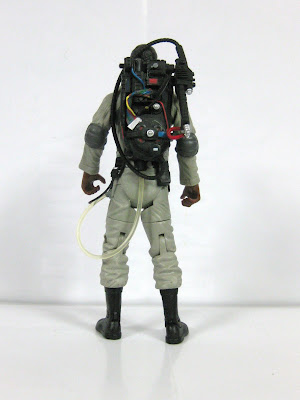 Design: Just like the other Ghostbusters, the paint is very tight on Winston. The main detailing is on the name tag and the proton pack, but he looks great. 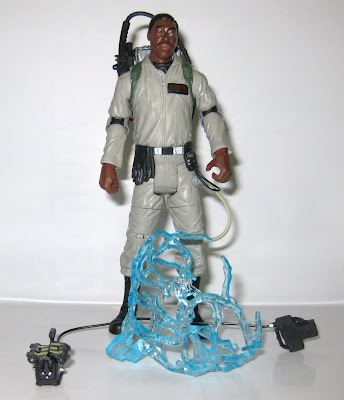 Accessories: Winston includes the aforementioned proton pack and an opening trap with plug-in ghost capture beams (or whatever). Spengler or Venkman’s Slimer figure fits into the beam thing just fine. I still think the accessories in this line could have been done a little better – again, particularly considering the price – but this one works fine. 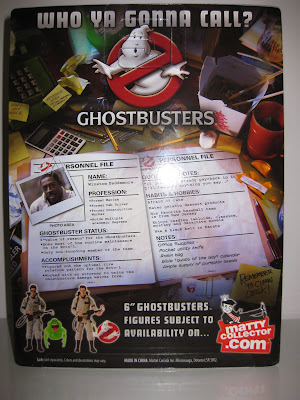 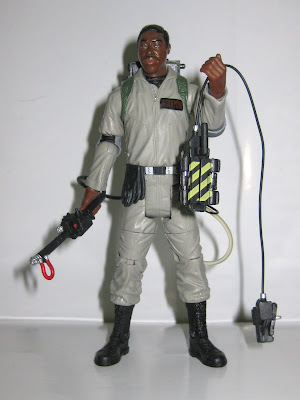 Overall: Winston’s great. He is my favorite of Mattel’s Ghostbuster offerings so far and the only one that I can’t really find any flaws with other than the price. If you have the others, get him. Even if you’re just a fan of Ernie Hudson, get him. He’s only available on the secondary market right now – likely at an absurd premium – but if you have the patience I am certain Mattel will at least release some sort of variant in the future. They’re not ones to just use a sculpt once.

(He takes a hit for the price. Five bucks less or more accessories would have bagged a “5”, but I’ll get more into that in my collective review of the line so far.) 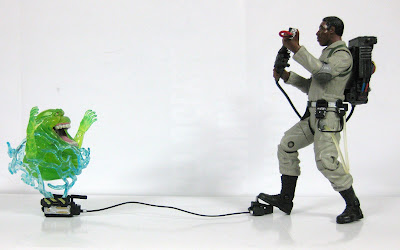