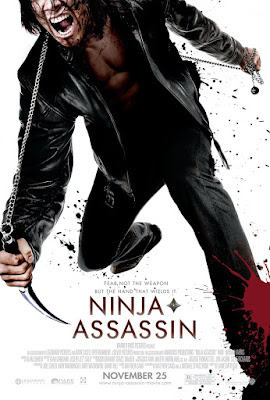 I wanted to see this movie back when it hit theaters – I believe that was Thanksgiving of last year – but just never got around to it. With nobody home but me and Otis this past Sunday night, I decided it would be a good time for some Hardcore Ninja Action.

For some reason I was positive David Goyer had written and/or directed this thing, but it turns out it was written by Michael Sand and J. Michael Straczyinski (mostly the latter) and directed by the super-awesome James McTeigue. Did they kick righteous fucking ninja ass? Let’s find out…


First off, this is an 80’s movie. Yeah, it came out in 2009, but it is definitely a throwback to 80’s sensibilities, right down to the female lead – Naomie Harris – being a near carbon copy of Rae Dawn Chong. And I mean all of that in the best way possible. 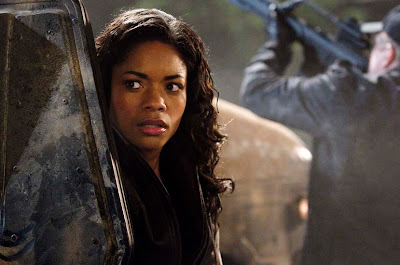 The only actor I was familiar with going into Ninja Assassin was seminal ninja badass Sho Kasugi, who plays the head of the ninja clan our story focuses on. He is a totally awesome badass and sounds exactly like Hamato Yoshi through the whole movie, only instead of mutant turtles; this guy trains stolen children. 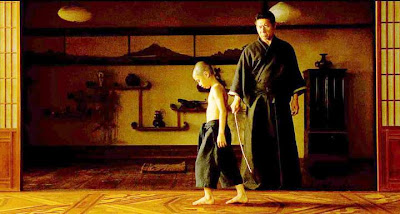 Our protagonist just so happens to be one of those children. Raizo is played by newcomer Rain who starts off seeming kind of lame, but by the end of the movie is so fucking terrifyingly badass that you would never, ever make fun of his name no matter how much you want to. I am honestly convinced this guy could murder you using only his eyebrows. 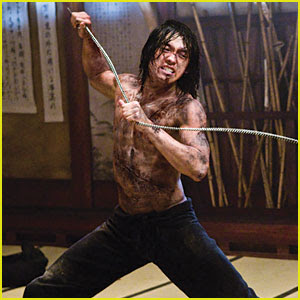 The story is stupid and doesn’t matter. I feel strange saying that about something the Great and Powerful Straczyinski had a hand in, but I can only assume given the tone of the film that this was intentional. Here’s how disposable the plot is: I am going to do something I never, ever do and explain it.

Raizo is a ninja kid who discovers the power of his heart thanks to a ninja chick he grows up with. Ninja Girl can’t hack it, so she tries to run away and ends up getting killed in front of our hero under the guidance of Kasugi and by the hand of Evil Ninja Bad Guy #1. But her heart cannot be stopped, because Raizo’s is still beating – or some such bullshit. Seriously – it doesn’t matter. All that matters is that Raizo goes all rogue ninja and is fucking pissed and wants revenge and does a really good impersonation of a Cuisinart.

And that, my dear readers, is what Ninja Assassin is really about – not the power of true love, but the power to cut people into little bloody chunks. 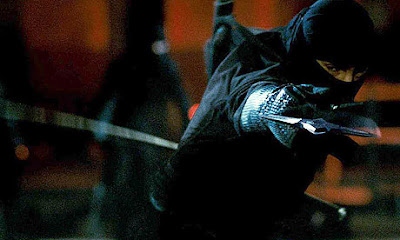 The action and violence in Ninja Assassin is just fantastic. Imagine if a low-budget 80’s action flick had access to modern-day gore-creating technology and effects. That is exactly what this movie is. You never have to go too long without seeing limbs being severed, heads flying off and gallons upon gallons of blood spraying all over the place. I wanted Hardcore Ninja Action and I fucking got it in spades. The few bits of exposition move along quickly, and the lovey-dovey shit is so absurdly done that it is almost as entertaining as the violence. Okay, not really; but if you see this movie for what it is – a loving and masterfully done homage – those parts all seem as perfect as the ones where arms and legs are flying willy-nilly through air that is already being occupied by arterial spray and little, bitty chunks of dude.

One of the key delights of the movie is the cinematography. You actually get to enjoy every single fight scene. There is not one single instance of the bullshit quick-cut style that is so prevalent in action movies today. The camera actually stays on the fighters well in excess of the now standard one billionth of a second. Nothing pisses me off more than a movie where the fucking director takes the easy way out and instead of coordinating a solid fight scene, utilizes that one-cut-per-millisecond technique so that you can’t see what’s going on well enough to tell that it sucks. Well, a lot of things piss me off more; but that is pretty damned offensive. I tend to write a movie off the instant I see that lazy bullshit. I’m looking at you, Doctor Boll.

I have two itty-bitty issues with Ninja Assassin. One: I think Raizo should have been presented as The Badass Super-Ninja from the very beginning. He could have still found his heart or whatever and left the clan, but it would have explained why he was able to fuck up all these other ninjas with relative ease. Instead, he is shown as a not-awesome student in the beginning; so you kind of wonder how he’s slicing all of his brothers and sisters up so effectively. Two: After the introductory ninja slaughter – which is silent except for the slicing and spurting – whenever the ninjas attack, there is all this goofy whispering. I guess it’s in there to make them seem creepy or something, but it just seems stupid because ninjas are silent. I guess it doesn’t matter because they are going to slice you up into a million pieces, anyway.

Apparently critics hated this movie because it wasn’t about gay cowboys eating pudding, so I don’t know if we’ll get the sequels I have envisioned. I mean, the movie explains that there are nine ninja clans and Raizo only takes out the one. Surely we can hope for at least eight more of these, right? I think that would fucking rule. I’d go to the theater for every single one. Well, until they became straight-to-video after the third one (seriously, we need a new term for this - “Straight-to-Home”?, “Theater Bypass”?).

For going above and beyond the call of duty on Hardcore Ninja Action, Ninja Assassin earns:

4 out of 5 Severed Limbs Gracefully Rotating Through the Air

If you would like to learn more about Hardcore Ninja Action; put on some pump-up music and go to your local library and demand Real Ultimate Power: The Official Ninja Book by Robert Hamburger. Then cut the librarian’s head off and scream really loud. 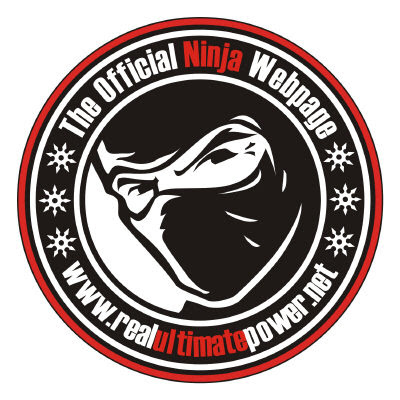 Posted by Phantom Troublemaker at 5:19:00 PM