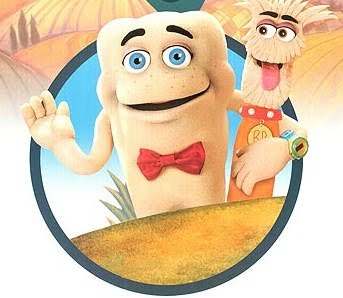 God doesn’t like it when I have fun. Whether through flooding, kidney stones or dental disasters; He definitely gets a kick out of striking me down. My Birthday Movie Night and Dragon*Con are two things I really look forward to every year and the above disasters have occurred annually within weeks of or sometimes even on the day of these things. Or sometimes the night before, like this year.
I had been experiencing some soreness in a tooth for a couple of weeks, but with the strange shifts I work it can be a bit difficult to schedule medical visits. I knew I was off last week, so I had planned to make an appointment to get the offending tooth inspected. But then, on Friday night – roughly twenty-four hours after lecturing some dentally neglectful friends of mine on the dangers of tooth decay and gum disease - I was hit by excruciating pain. Ibuprofen did nothing to help and Orajel was only providing fifteen to thirty minutes of slight relief. It lasted all night. Mrs. Troublemaker called our dentist in the morning (Saturday); assuring me that he would see me. Sure enough, around ten o’clock, he called back and told me to meet him at the office at two.

A bit of backstory: I – like many stupid young men – went about ten years without seeing a dentist. Three or so years ago I had some tooth pain and picked out a dentist from my insurance provider’s list. In a truly bizarre coincidence, it just so happened to be my wife’s dentist. On my first visit, I experienced the third most horrible pain of my life:

I’ve had other significant pain, like after I fell of the roof of our first house or after #2 when the left one got a staph infection (that made for an interesting trip to the mall with one Ms. Curtin – Thar she blows!); but these four stand far above the rest. As horrible as number one was, number two was the only one I actually passed out from. It’s just that numero uno lasted from around midnight on a Saturday until around eight PM on a Thursday.

So anyway, three years ago I went through this brutal torture and was subsequently informed that I needed seven fillings. I had never had a cavity in my life, but years of neglect had fucked that all up. I got the fillings over the course of about a month and was informed by the dentist – who is actually a pretty superb human being, despite his profession – that the tooth I had originally come in about had a particularly deep cavity that might very well end up requiring a root canal but he hoped not.

Guess which tooth he cracked open?

If you are not familiar with the procedure for a root canal, let me explain in layman’s terms: Your dumb ass has not taken good enough care of your teeth. The outside of your tooth has eroded enough that it is no longer protecting the nerve endings inside your tooth (this is where sensitivity to hot and cold come in). The dentist cannot rebuild your tooth, so he has to drill into it and suck out those nerve endings, which reside in the roots of your tooth. This creates canals – hence, root canal. After this procedure, your tooth is essentially dead. It will become brittle and susceptible to shattering under pressure unless a crown is put on it, and even then it is unlikely you will still have that tooth when you die.

While this procedure is not as horrible as it sounds, I would not recommend it to anybody. After the initial root-sucking on Saturday I returned Thursday for some more extensive clean-up (which was much more painful) and have to go back later in the month to have one last procedure before the crown, which the dentist said was okay to wait until the beginning of next year to get so that I could plan for it in my medical Fixed Spending Account. You see, this one tooth is going to end up costing me over one thousand fucking dollars, which is just great on top of all the other disasters we’re still paying for.

In short – brush at least twice a day for two minutes. Floss daily. Go to the dentist twice a year to have your teeth cleaned. Do all of this because Uncle Troublemaker fucking said so. Seriously – once you have a dental problem it is too late. It will haunt you for the rest of your life. Please go and make an appointment now.


Just so I don’t get too heavy here, the initial procedure went well and I still had a few close, personal friends over for movies that night. We had a blast watching Champions of Justice, Big Trouble in Little China and Tokyo Gore Police; and I got about as shitfaced as I ever have.

Champions was spectacular as always, I don’t even remember Big Trouble being on and Tokyo Gore Police is one of the less cohesive Asian movies I’ve seen – and that’s saying something. I certainly wasn’t sober enough that I could write a review.

I spent the greater portion of Sunday morning throwing up, which was still an improvement over Saturday morning. 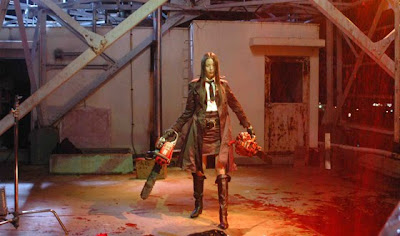 Until next time, TAKE CARE OF YOUR FUCKING TEETH!

Posted by Phantom Troublemaker at 2:27:00 PM

Email ThisBlogThis!Share to TwitterShare to FacebookShare to Pinterest
Labels: life the universe and everything, tips from uncle troublemaker