Happy Birthday to Me!

Yeah, I'm off this week so my output is pretty much zero. I do, however, have some pretty cool art to share with everybody. First, a picture from Felix: 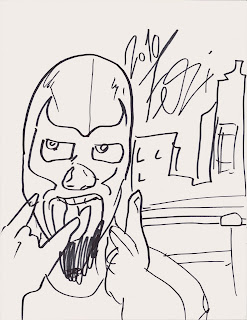 Felix is a staple of the downtown Atlanta scene. No matter where you go, he will be there offering his... unique talents at caricature. I plan on having Troublemaker pictures commissioned this year at  Dragon*Con rather than spending a shitload of money on random crap, so I thought where better to start than a man who I have known for over fifteen years? Felix is a big, black guy with a mohawk; somewhat reminiscent of Wesley Willis - may he rest in  peace. If you run into the guy, go ahead and have something done. It's a better bang for your buck than buying dumpster flowers from some fucking bum! I got this done at my buddy TB's show with his band The Mystery Men. 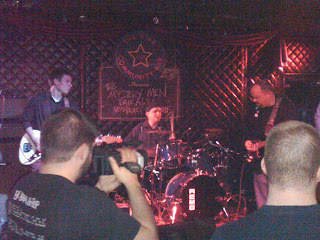 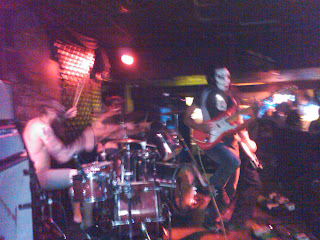 The next two are pieces Mrs. Troublemaker got me for my birthday. The first is by a local artist named Travis Overstreet. I am fairly certain he has nothing to do with the price guide. 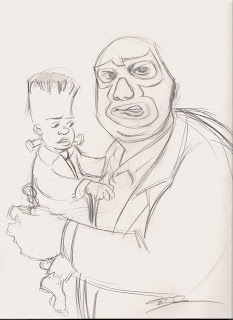 The second is by somebody else who did an awesome job but did not print his name, so I don't know who he is. 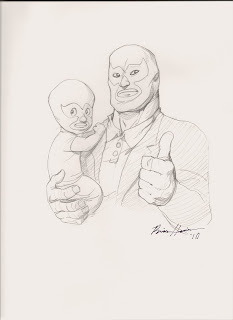 Both pictures are based off of a photo of me and Lil' Troublemaker. 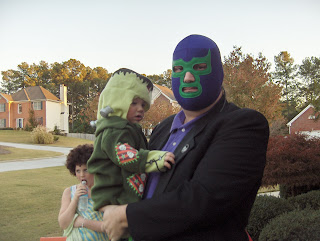 I will be back next week with some toy reviews and other assorted nonsense.
Until next time, stay creepy
-Phantom
Posted by Phantom Troublemaker at 5:52:00 PM