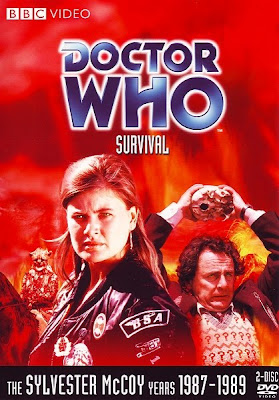 I have settled into a somewhat regular pattern of ordering Doctor Who DVDs from Amazon. I've got most of what is available on my wishlist and once a month I’ll arrange the list by price and buy as many as I can for around twenty-five bucks. That’s the minimum to get free shipping.I highly recommend you take advantage of the Super-Saver shipping whenever you can because without fail I have received my orders within three or four business days. They say it will take between five and nine, but even then it would be worth it for stuff that you don’t have an immediate need for.Anyway, my method works well because Amazon is constantly adjusting their prices for whatever reason. This means that a DVD that was $32.99 a week ago might end up being $16.99 today, so I’ll just order whatever is cheapest at the time. I recently ordered the E-Space Trilogy (the last stories to feature Hot Romana) for around $26, and it normally sells for $57.99. A few weeks ago, the final story of the original twenty-six year run of Doctor Who - Survival - dropped to around ten bucks. I had been wanting to see this one for a while since I either missed the original U.S. broadcast or they never got around to showing it here (I don’t know which). I ordered it along with the wretched Tokyo Gore Police.I don’t generally feel the need to review these Doctor Who stories. Partially because there are so many with such a broad range of quality, but also because they are what they are and I like to just sit back and enjoy them. If you like this sort of thing, they’re for you; if not – well, you’ll never get it anyway. Survival seemed like a special case, though. This was the story that closed the record-breaking first run of a legendary science fiction institution. Did this adventure give our favorite Time Lord a proper send-off? Was there a sense of closure and resolution? Did Doctor Who go out with a whimper or a bang? Find out… NEXT!

Survival opens with the Doctor (Sylvester McCoy) and Ace (Sophie Aldred) arriving in Perivale – Ace’s hometown. She has decided to drop back in to catch up with her old gang before continuing with the Doctor on his adventures. Naturally, something’s not kosher in Perivale. 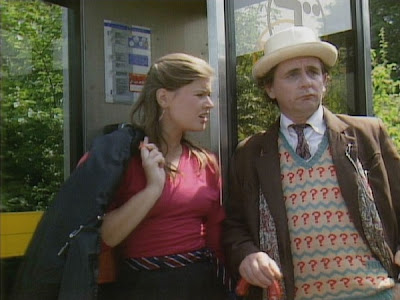 Ace’s old mates have been disappearing and there is this creepy (let me emphasize creepy, here) black cat hanging around, accompanied by a menacing laugh that is oddly familiar… 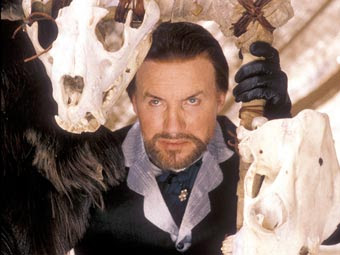 It turns out that the Doctor’s old nemesis, the Master (Anthony Ainley), is stranded on the Planet of the Cheetah People and has been kidnapping local youths (using the black cat as an interplanetary gateway… somehow) for the Cheetah People to hunt. Seriously. One thing leads to another and the Doctor and Ace end up on the planet where Ace becomes a lesbian quasi-Cheetah Person thanks to the influence of the volatile planet and what is suggested to be a particularly desirable member of the Cheetah People species. This is what happens if you succumb to The Thrill Of The Hunt. You also get magic Cheetah Powers that let you travel between Earth and the Planet of the Cheetah People, but only if you are from Earth originally because everybody wants to go back home to hunt. Or something.

Eventually the Master uses a recently converted Cheetah Person - with the unfortunate name of Midge, which is stupid to the point of being distracting - to travel to Earth. Knowing the dangers of being a Cheetah People, Ace embraces her hunter desires (and latent Sapphic tendencies, apparently) so that she and the Doctor can get back to Earth and stop the Master from doing evil stuff. 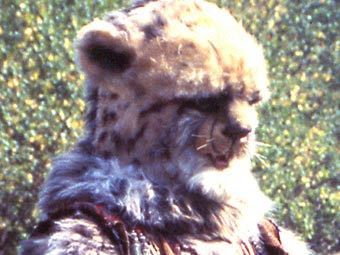 The Master – back on Earth – has Midge running around Perivale recruiting other Cheetah People Potentials and just generally acting like a dickweed. All of this comes to a head when the Doctor returns and - in what is without a doubt one of the stupidest moments in my personal recollection of Doctor Who – faces Midge down in some sort of motorcycle joust, but instead of jousting they just run into each other and explode. Midge dies from a couple of minor facial lacerations (it is explained in the special features that time and budget constraints prevented the horrid, melted face that Midge was supposed to have suffered) and the Doctor ends up ass-over-teakettle (I’ve never used that phrase before and have always wanted to – I enjoyed it) on a nearby sofa. 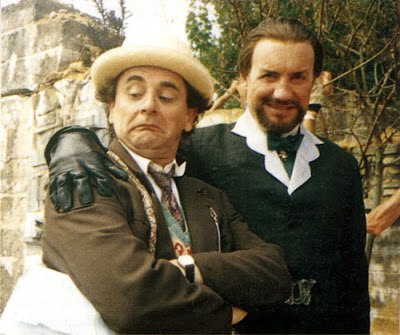 At some point the Doctor and the Master end up back on the Planet of the Cheetah People beating the shit out of each other. We get some of the most fantastic scenery-chewing ever from both Ainley and McCoy (and believe me, that is saying a lot) until our hero realizes that their conflict is tearing the planet apart, as if it was Tommy Wiseau or something. Apparently, epiphanies enable interplanetary travel in the same fashion that embracing Furry culture does, because the Doctor pops back in on Earth while the Master is left on the dying Planet of the Cheetah People. 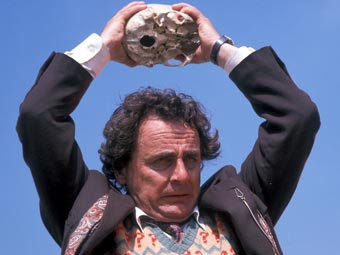 Now that everything is more or less back to normal, the Doctor and Ace literally stroll off into the sunset accompanied by a bit of dialogue written at the last minute by John Nathan-Turner, producer of the show and the only one who knew that Survival was going to be the last episode of Doctor Who for a very long time. It was Sylvester McCoy speaking as the Doctor to Ace and for a last-minute attempt at capping off the show it really isn’t too bad:

Not too shabby, right? Think about this, though. Everybody – including McCoy and Aldred – thought Doctor Who was coming back the next season. Writers, script editors, viewers. Everyone. And then it just didn’t. The longest-running science fiction series of all time simply faded away.

So what did I think of the episode? I’m sure you can tell from the above recap that I wasn’t terribly impressed. The acting is all fine and I actually like the story quite a bit. Survival is simply the poorest execution of a good concept that I have seen in a very long time. The Cheetah People look absolutely stupid. They might as well be wearing Crash Bandicoot costumes for as menacing as they look. The pacing is horrible, with long stretches of basically nothing important happening and one awful scene in a store featuring the Doctor and two British comedians that Nathan-Turner (who was infamous for this sort of thing) shoehorned into the narrative, similar to how Vince McMahon works non-wrestling personalities into the WWE as often as he can.

Another glaring problem is the incidental music. Granted, this was common for the last couple of seasons of Doctor Who; but when surrounded by so many other issues it seems much worse. At some point in the late eighties, the show stopped having more traditional scoring and changed over to a more modern style utilizing electric guitars and rock-oriented riffs (also courtesy of Nathan-Turner). This dates these particular stories more than any low-budget effects or misplaced political commentary ever could.

The other problems with this story are not inherent to the era. Surrounding stories maintain a fairly high level of quality, with The Curse of Fenric – which was actually filmed after Survival – remaining one of my favorite stories. I guess the blame lies solely on the director and the production designer. Interviews with the writer show that she had envisioned an entirely different look for the Cheetah People (who I think would have also benefitted from a better name), one that would have been more makeup-oriented and allowed a greater range of expression from the actors. Instead, we got fucking Furries.

So the classic Doctor Who ended on a somewhat sour note. Technically it doesn’t really matter since here we are twenty-one years later with five fantastic new seasons of the Doctor’s adventures behind us, not to mention a perfectly acceptable U.S. telemovie featuring the sole televised adventure of the eighth Doctor and the final appearance of my second-favorite classic Doctor; Sylvester McCoy. Things could certainly be worse. 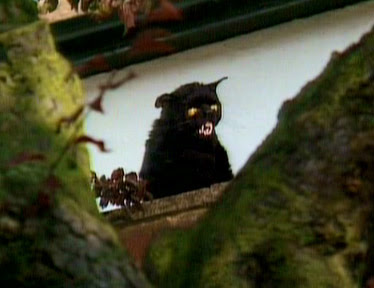 I’m not going to say you should skip Survival. If you are any kind of Doctor Who fan, then this final adventure (for a while) is at least notable for being that. Plus, the bonus features are well worth your time. The participants acknowledge some of the story’s faults and give them due explanation without making excuses (although they were much more bothered by the animatronic cat than the shitty Cheetah People – something I completely fail to understand.) Put it in your queue and see what you think. Maybe you don’t agree with your Uncle Phantom. Maybe you’re into Furries. If you are, though, a word of warning – there’s no yiffing to be found here.

2 out of 5 Furries on Horseback

Posted by Phantom Troublemaker at 3:43:00 PM

Email ThisBlogThis!Share to TwitterShare to FacebookShare to Pinterest
Labels: doctor who, dvd