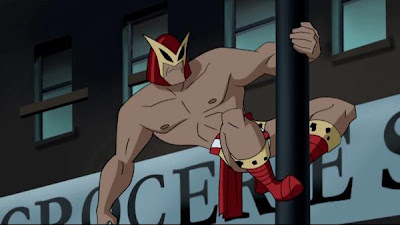 As soon as I saw this set, I knew I had to have it. Being a Grant Morrison fan, Animal Man has a special place in my nerd heart. I will admit, however, to being totally unfamiliar with B’Wana Beast at first. I just loved how goofy the figure looked.

Now, thanks to catching up on the Justice League animated series and Beast’s appearance in the Brave and the Bold cartoon; I know very well who B’Wana Beast is. And am super-fucking glad I ordered him, because he rules. 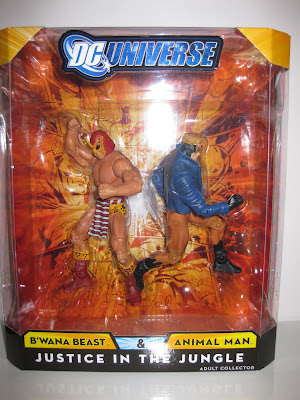 First Glance: Like all things DC produced by Mattel, these are generic, comic-style representations of the characters. There is a funny contrast between the two, as Animal Man actually looks sort of washed-out and Vertigo-ish while B’Wana is more brilliant and comic book-ish. If that makes any sense. 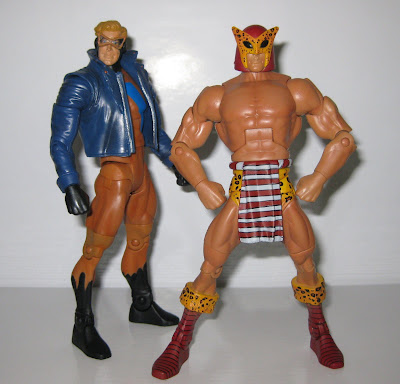 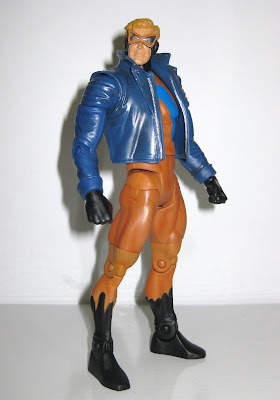 Animal Man is your standard male body with a very well-done jacket. Often when toys are made with this type of separately molded jacket you have an ugly gap around the arms, or the articulation ends up being limited. This is not the case here. Everything works well and looks nice. The head sculpt is great, with clear-lensed goggles that I am always a huge sucker for. 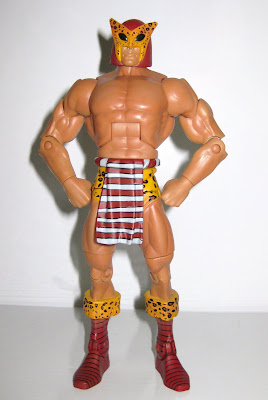 B’Wana is pretty much a naked guy with boots, a loincloth and a crazy mask. I wish I could explain why his loincloth is striped, but I can’t. I have no idea what his mask is supposed to represent other than an era when comic book characters looked crazy as fuck because all of the creators were dropping acid like Ludens’, but Mattel nailed it. It’s funny, this guy actually looks more like a Masters of the Universe character than a DC one. Either way, his sculpt is spot-on. 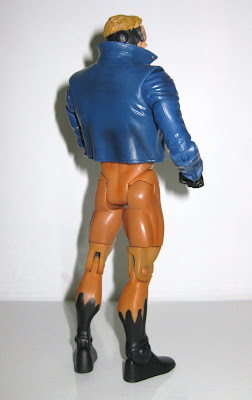 Design: The paint apps are nice on both of these guys. Like I said, Animal Man has sort of a washed-out look while the Beast is bright and clean. Both look very solid, with no errors that I can detect. 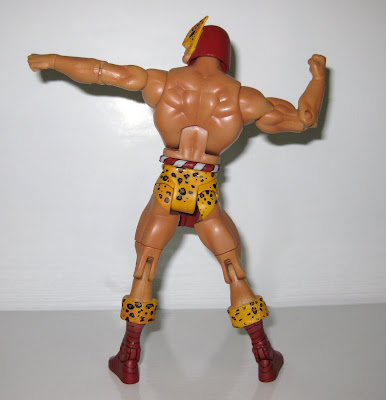 Accessories: Nothing. I don’t know what they would have come with, though. 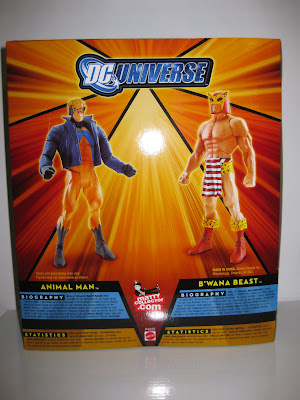 Packaging: Plain old DC Universe two-pack with origins printed on the back. Nothing special, but it didn’t need to be. 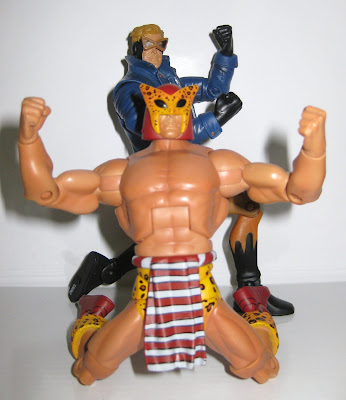 Overall: Well worth it, especially considering the price point. Twenty-five bucks for these two versus twenty for other Mattycollector.com single figure releases has to be considered a deal. Hell, the single figures at retail are going for fifteen fucking dollars now (well, thirteen when I got these two – which is still steep). I’d almost just stick with DC Direct if their articulation wasn’t so shitty. And if they had a singular style other than “Alex Ross”. I really like the DCU’s “comic-look” approach. Everybody goes with everybody else. Nice.

If you can find these for a reasonable price, get ‘em. They look great on the shelf and aren’t figures that everybody is going to have. They also aren’t likely to be revisited.

Posted by Phantom Troublemaker at 4:32:00 PM