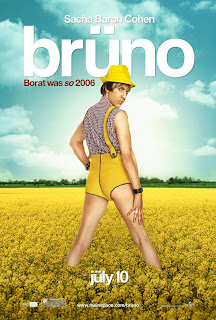 Borat was kind of like a fucked-up, dirty Napoleon Dynamite in that I think pretty much everybody liked it that saw it, but eventually got tired of it and started disavowing it. Both movies featured strangely lovable losers that get into weird situations because they were essentially fucking idiots. Bruno’s title character is also a fucking idiot, but he is a homosexual fucking idiot and that, apparently, is where America draws the line. Bruno did not see a fraction of the success of its predecessor. Did this extremely controversial movie deserve it? Let’s find out…

The story begins with Sacha Baron Cohen’s Bruno – the queerest man to ever walk the earth – getting booted from his job hosting the highest-rated fashion show in German-speaking countries that aren’t Germany. Our hero decides that the fashion industry is heartless and empty and decides to pursue other avenues of celebrity in –where else? – America. Bruno brings his only remaining follower along on his quest – a Bruno worshipper named Lutz. Shenanigans ensue. Honestly, if you saw Borat, it’s like that only gay and about a billion times fucking crazier.

This movie is seriously super-gay. One of the most open-minded guys I work with told me he couldn’t watch Bruno because it was too gay. Granted, most of the people I work with would probably cut off a toe or two before they would knowingly sit in the same room as a homosexual; but this guy is pretty tolerant. I’ll tell you this: if you can make it through the first ten minutes of the movie you’ll be okay. That first ten minutes features some of the craziest shit I’ve ever seen in a movie. There is a good chance most people will throw up, either from disgust or from laughing so hard. Honestly, a small part of my amusement from Bruno was imagining how my co-workers would respond to the situations Baron Cohen created. Hell, I could almost literally picture specific individuals in the segment with the hunters. I was sitting there thinking, “Fuck. That’s ****. That is exactly what **** would be doing…” and that made the movie even funnier.

As much as Borat was a series of awkward situations, Bruno is a series of situations where Baron Cohen put himself in what I believe was very real danger. From being chased through the streets of Israel by murderous Hassids to meeting with a terrorist leader and referring to Osama Bin Laden as “some sort of dirty wizard” to the aforementioned hunting trip; this movie is evidence that Sacha Baron Cohen has the biggest balls in recorded history. He quite literally could have been killed in many of the segments he set up. Not to mention Bruno’s attempted seduction of Presidential Candidate and professional lunatic Ron Paul.

The only real acting in the movie is done by Sacha Baron Cohen as Bruno and ?GERMAN GUY? as his devoted companion, Lutz. Both are tremendous in their roles. I don’t know how Baron Cohen maintains character – and stays hilarious - while he does what he does, but it is amazing to behold. I can’t say too much about Lutz without spoiling certain aspects of the movie, but this relative unknown does an amazing job at the two extremes he is tasked with portraying.

Much like Borat, there is an actual story arc to go along with the series of outrageous situations. The climax (the story climax, anyway; there’s all kinds of other climaxing going on throughout this movie) not only gives the story resolution, it also provides the biggest “Holy shit he’s going to fucking die” moment. It involves a cage-fighting event in Arkansas. Yeah – that bad. 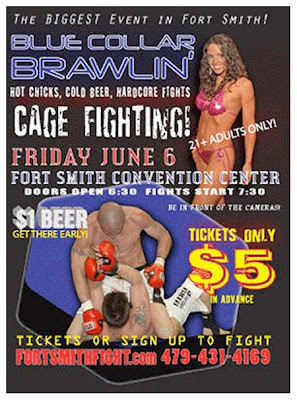 Bruno is one of the funniest fucking movies I have ever seen. Be warned, though: it’s not for everybody. If you have even the slightest intolerance for homosexuals and their hijinx, this movie is not for you.

5 out of 5 Enraged Midwestern Rednecks 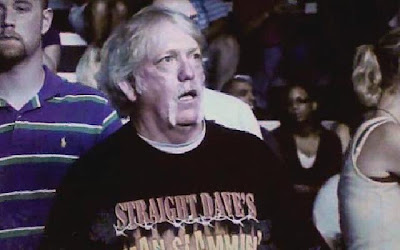 I’m not going to do my normal home release review here because I didn’t check out all the special features, I just want to point out that the commentary track is a very good one. I’ve often wished while listening to commentaries that the folks involved could pause the movie and take more time to discuss specific scenes or anecdotes. Thanks to the magic of Blu-Ray, Sacha Baron Cohen and Larry Charles are able to do this and take advantage of it frequently. This makes for one of the most informative, complete commentaries I’ve ever heard. At no point do they have to move on from an interesting subject too quickly or gloss over an anecdote to get to the next scene. 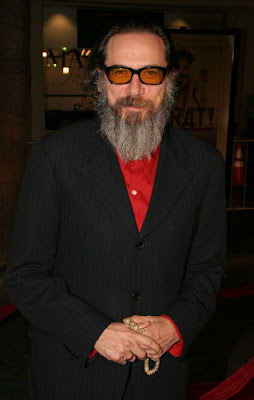 There is a bit too much self-righteous liberal America-bashing in the commentary, and it is ironic to hear Charles and Baron Cohen condemn the closed-mindedness of Bruno’s hapless targets while displaying so much of their own. Hollywood liberals are no different from Midwest bible-thumpers in that they both believe their way of thinking is right and the only acceptable way, with an elitist disdain for differing belief systems. 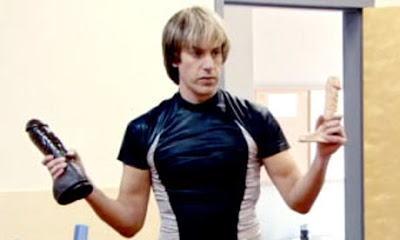