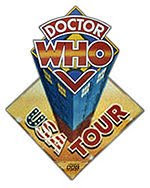 I have a few more Doctor Who related things to put out there after last week’s coverage, plus my thoughts on Matt Smith’s first full episode, The Eleventh Hour. So Doctor Who Week gets one more day.


Last Monday I laid out an extremely abbreviated history of Doctor Who, but didn’t get as much into my fandom as I thought I would. I related my first viewing and subsequent rediscovery, but I left out a few key points.

In 1986 – the year I turned ten – America received a gift the likes of which has never been repeated: the Doctor Who USA Tour. I don’t know at exactly what point in the tour’s two year run it came to Georgia, but I was there. The tour featured a 48-foot long trailer that was absolutely packed with costuming, props and – best of all – aliens from the 23-year run of the show. My memories of the event are honestly somewhat foggy.


I remember pulling up to wherever the event was being held and seeing the trailer – which was covered in Who-related graphics that would have made a 1970’s custom van blush – and just about losing my shit. I vaguely remember a dealer room that offered a huge amount of memorabilia that there was no way I was going to be able to talk my mom into buying. The only thing I came away with was a Doctor Who folder (like you might have in school – the kind with a pocket on either side when you open it) that was packed full of stuff I didn’t really understand at the time. I think there was a schedule of events, a diagram of the interior layout of the museum trailer, a list of tour dates and just a whole bunch of other pieces of paper with print on them. It might have been a script for all I know. The crown jewel of the folder was an 8x10 glossy of the cast members involved in the tour sitting in and around the doctor’s car, Bessie, which was also being shown on the tour. Unfortunately, I lost that folder and its contents in the flood back in September, or else I’d be able to do some scans for you. Not to mention actually knowing what was in there. (Actually, I just found some scans here!) 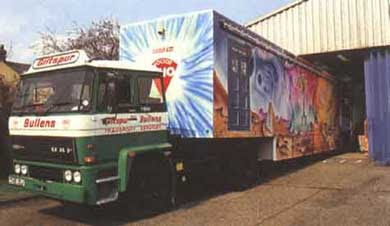 The tour through the mobile museum (that sounds so much better than “trailer”, doesn’t it?) was just awesome. I’m not going to claim to remember every second of it, but I sure as hell remember the end - where they had the bad guys. The ones that stand out the most are the Dalek, the Cyberman and a Zygon. Now, the Zygons are just creepy as fuck on their own; but we all know it’s pretty easy to snicker at the other two when they’re on screen. Not so when you’re a ten year old looking at them less than two feet away. The Dalek was a bit unnerving, but I’m pretty sure I zipped past that Cyberman as fast as I could without running. To this day I consider the Cybermen to be the Doctor’s most terrifying foes, a belief that was only reinforced the other morning when me and the Missus watched an old Patrick Troughton story called Tomb of the Cybermen. Somehow, they get creepier the further back you go. The more recognizable they are as one-time humanoids, the more unsettling they are.

As awesome as it was to go to this once-in-a-lifetime event, it is perhaps more important to note that this was my very first mass-gathering of nerds. The merch tables, the socially awkward people in positions of authority, and; most of all, the people in costume. It was like Halloween, and we were nowhere near October (I don’t think so, anyway)! I immediately started bugging my mom to make me a ten-foot long scarf, just like Tom Baker’s (his first multi-colored one, not the later one that was all shades of red). Mom had neither the skill nor the interest required for such an undertaking, so she referred me to Grandma Troublemaker. She was in, so I sent along a diagram illustrating the length, different colors and placement of said colors. I can’t remember how long it took for the finished product to arrive, but it was worth the wait. It wasn’t an exact replica, but for a ten-year-old to wear while running around the woods chasing imaginary aliens it was better than good enough. Sadly, I lost that scarf in the flood, too. I suppose I could call up Grandma Troublemaker and request another one, but I have a little more respect for other people’s time now than I did twenty-three years ago. 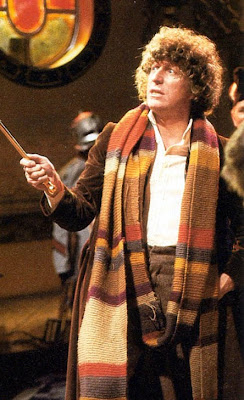 I also just remembered that I used to use a tire pressure gauge as my sonic screwdriver. Dad didn’t think this was as clever as I did.

I think that’s pretty much the last of my Doctor Who recollections. Now we can move on to the meat of the whole past week: The Eleventh Hour.

Thanks to the fact that David Tennant was kind enough to end his run as everybody’s favorite Time Lord with a series of awesome episodes that were ultimately pretty big downers, I was way more excited for this new Doctor than I would have expected. As great as Tennant’s final telemovies are, they were kind of exhausting to watch, what with the pall of his imminent departure hanging over them.

I was at work for the actual premier, but thanks to our handy-dandy DVR I was able to watch the episode with Mrs. Troublemaker when I got home Sunday morning.

And it fucking ruled.

As you should all know by now, I don’t do spoilers, but here’s a basic outline of what went down:

The episode kicks off right where The End of Time left off, with the TARDIS careening out-of-control through the sky; only now our hero is hanging out of the entryway, sonic screwdriver in hand, trying to regain control of the craft and the situation in general. It sort of almost completely fails to work, as he crash lands in somebody’s backyard. 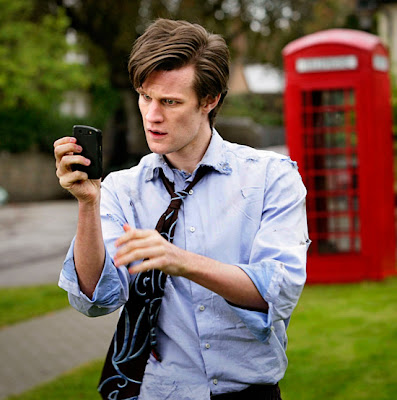 This is where we get a bit of a first look at Matt Smith’s Doctor chops, so to speak. After meeting the little girl inhabiting the house behind which the Doctor crashed, we get a hilarious sequence revolving around the usual adjustment period following a regeneration. We soon get to the point where the Doctor has twenty minutes to save the Earth, and that’s where Matt Smith puts on his shitkickers, so to speak.

I would like to make the point that a new Doctor’s first episode is not necessarily the best indicator of a new actor’s potential for Doctorhood. Part of the brilliance of the whole regeneration plot device is that it provides an entire episode for the new incarnation to be somewhat silly and disarming, giving the audience time to adjust to the new appearance and the actor time to win us over. After the awesomeness that was The Eleventh Hour, everybody should be ready to love Matt Smith as the new Doctor, but it is still up to him to keep that love. 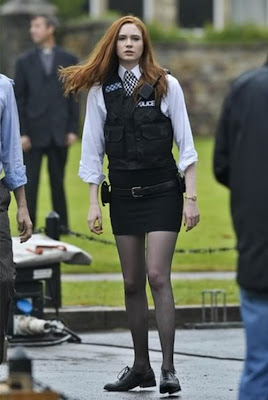 So anyway, throughout the course of the episode shenanigans ensue (most of them very cleverly done) and we get to know our new companion, Amy Pond. I would like to go ahead and get the fact that she is a smokin’ hot redhead with legs that God never intended to get this far South out of the way and move onto how great Karen Gillan the actress is in the role. She has Rose’s vulnerability, Martha’s wit and Donna’s venom; while maintaining her own individuality. The companion is frequently the cornerstone of “New Doctor” episodes, and Gillan handles the duties exceedingly well. Sure, it’s a tough act following the legacy of great Doctors, but no matter who takes the role, it is still the same character with the same history. Regardless of the face, there is a certain respect built into the role. The companions have an entirely different situation. They have to make us accept and like a completely new character, one we have no predisposition towards. Whatever people may claim, everybody wants to like a new Doctor. The new companion is a far harder sell. Gillan handled herself well in this first outing.

As the episode nears its conclusion, we get the Doctor’s trademark cleverness under fire and a slightly overwrought but fun solution to the problem at hand. Pay close attention to the climax of the story, as you get a look at old enemies (likely a hint of things to come) and past incarnations of the Doctor, followed by Smith’s dramatic and satisfying official claim to the title. You’ll get nerd chills, I promise.

After the Doctor saves the day and rights a wrong, we get a look at the new TARDIS interior (it spent the whole episode healing itself) and the Doctor’s new, significantly less-bulky sonic screwdriver. The new TARDIS set is a vast improvement over the previous one, and I didn’t even recognize the flaws of the old one until I saw this one. In the classic series, we saw so much more than the control room. There were corridors, living quarters and even a garden. During the Eccleston/Tennant run, there was not even a hint of such things. Now, there are visible staircases and doorways visible in the control room, clearly leading to other areas of the craft. This, along with the Doctor’s suggestion that there might even be a swimming pool in there somewhere, give the TARDIS back some of the personality it has been lacking since 2005, despite being more clearly portrayed as a living thing. I’m praying we get a new playset out of this one. I missed out on the last one and one of the old Dapol toys from the classic series goes for over a hundred bucks, so that’s right out. 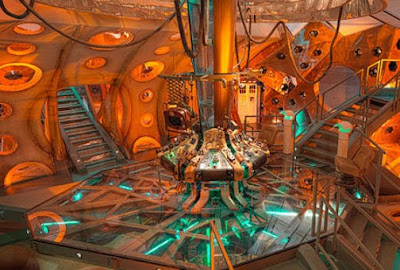 I wouldn’t change anything about The Eleventh Hour and plan to watch it again when I get home Monday morning, which means episode one of Matt Smith’s tenure as the Doctor gets a very solid:

5 out of 5 Fishsticks Dipped in Custard

I hate to follow one theme week with another, because I have a lot of other articles in the backlog; but stay tuned tomorrow for Day One of Phantom Troublemaker’s Big-Ass Summer Movie Preview. I will offer absolutely zero insight and a fist full of uninformed opinions about what Hollywood is going to try and shove down our throats this season. Hint: It looks like non-obligated dudes are going to save a lot of money this Summer. 2010 might well come to be known as the Year of the Vagina. 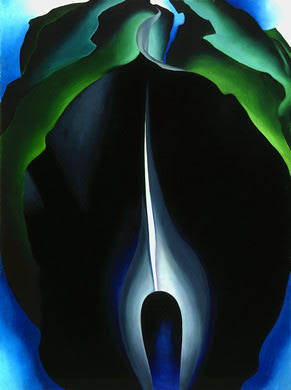 Posted by Phantom Troublemaker at 1:30:00 PM

Email ThisBlogThis!Share to TwitterShare to FacebookShare to Pinterest
Labels: doctor who, television, things i love