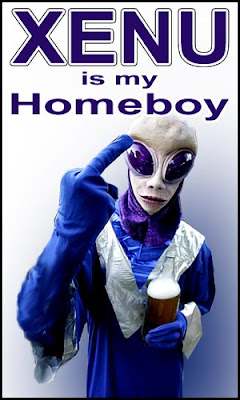 I'm sticking with the same intro as May just in case somebody stumbles across this and doesn't know what the hell is going on.

I did this for the first time last year and plan to make it an annual tradition here on Needless Things. I take Entertainment Weekly’s Summer Movie Preview and give my opinion on every single film they cover, regardless of my interest in or knowledge of the movie. Talk about the blind leading the blind.


Here’s what I think about the latest crop of summer flicks from those money-grubbing douchebags in Tinsel Town.


June
-Knight and Day – June 25 – Dammit, I don’t ever want to like Tom Cruise, but the guy is just good. I haven’t really seen him in a whole lot of movies I didn’t like. He may be a Xenu-worshipping lunatic; but he makes damned fine movies. Cameron Diaz hasn’t been truly hot since The Mask, but she can still be dazzlingly cute when she wants to be. Verdict - RENT

-Get Him to the Greek – June 4 – I guess I’m down with this one. It’s a sequel of sorts to Forgetting Sarah Marshall. While most of that movie was hilarious, I felt that it had a completely unsatisfactory ending. Russell Brand and Jonah Hill had nothing to do with that, though, and this movie is unlikely to have similar plotlines. Verdict – THEATER 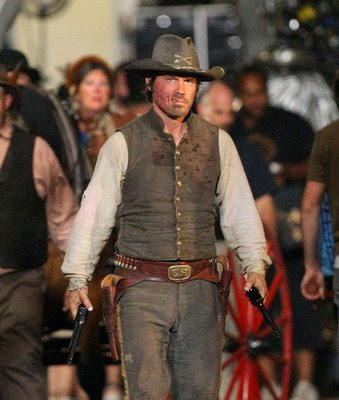 -Jonah Hex – June 18 – I am super-duper stoked about this one. Josh Brolin is awesome. John Malkovich is awesome. Megan Fox is… well, let’s just say the shine wore off of her pretty quick. She needs to show some acting chops if she’s sticking around and judging from her costume in Hex, I’d say it isn’t going to happen here. Verdict – GO TO THE THEATER

-The A-Team – June 11 – Fuck yes. Everything I’ve seen looks spot-on. I wish stupid people would stop referring to Templeton Peck as “Faceman”, though. His nickname was “Face”, he was only occasionally called by the former. Also, JESSICA BIEL! Verdict – GO TO THE THEATER

-The Twilight Saga: Eclipse – There are some ladies who are friends of mine who like this… franchise. Out of respect for them I will restrain my true feelings and simply say this: Eclipse is certain to be no more or less of a completely fucking pansy-ass, retarded, watered-down load of horseshit spewed forth from some sad lady’s woman hole than the other movies in the series. Verdict – I AM NOT THE TARGET AUDIENCE

-The Karate Kid – June 11 – If you’ve been reading my stuff for any amount of time, you know I heartily endorse remakes on the grounds that they cannot hurt the original. Having said that, this one almost feels more like a third-cousin of a sequel than a straight remake. I haven’t seen Will Smith’s kid in anything else, but he seems likeable enough in the trailers. I’m not a huge Jackie Chan fan, but he does seem right to carry on the Miyagi torch. Verdict - RENT 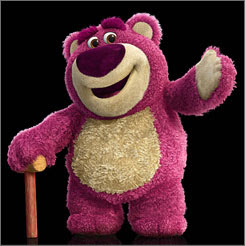 -Grown Ups – June 25 - I just saw the trailer for this yesterday and it looks like shit. It is honestly one of the worst trailers I have ever seen, and this movie needs a strong trailer. Yeah, Sandler and James are definitely strong draws; but do they really balance out the one-two suck punch that is David Spade and Rob Schneider? Also, I’m a big fan of Chris Rock, but he doesn’t have the best box-office record in the world. The studio needs to punch up that trailer immediately. Verdict – GO TO THE THEATER, but only if they fix that fucking trailer

-Marmaduke – Another mindless revival aimed at the kiddies. Whatever. Hopefully this will escape Lil’ Troublemaker’s notice in the way that Alvin & The Chipmunks completely failed to. Dammit. Verdict – PASS

-Splice – I am extremely interested in this one. I had seen the title in all the right places before I started this article, but didn’t really know anything about it. Now I know that Sarah Polley and Adrien Brody are the stars, so I’m even more invested. Verdict – GO TO THE THEATER

-Ondine – PASS because it is about a mermaid.
-Rosencrantz and Guildenstern Are Undead – RENT, because Tim Roth and Gary Oldman aren’t in it. I’d be in the theater if they were reprising their roles.
-Coco Chanel & Igor Stravinsky – PASS, but I’d go see it if it was about a monkey and a violin like I initially thought.
-Winter’s Bone – PASS because it is not actually about a snowman having sex with teenage girls. Although that has actually happened and it was called Jack Frost.
-I Am Love – PASS. Just PASS.
-The Killer Inside Me – RENT because Casey Affleck as a nutjob sheriff sounds cool.
-Let It Rain – PASS because June’s Quick Picks seem pretty lacking.
-South of the Border – PASS because it is not a documentary about the Carolinas’ Mexicaniest tourist attraction. And because Oliver Stone makes me want to punch kittens.
-Wild Grass – PASS because if June’s Quick Picks are any indication, there will be no males left on Earth.
-Love Ranch – PASS because Joe Pesci and Helen Mirren running a whorehouse is fucking gross.
Posted by Phantom Troublemaker at 3:50:00 PM