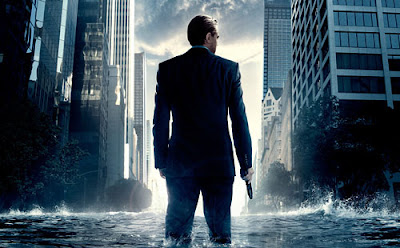 And here's that same damn intro, just because there really isn't anything else to say.


I did this for the first time last year and plan to make it an annual tradition here on Needless Things. I take Entertainment Weekly’s Summer Movie Preview and give my opinion on every single film they cover, regardless of my interest in or knowledge of the movie. Talk about the blind leading the blind.

Here’s what I think about the latest crop of summer flicks from those money-grubbing douchebags in Tinsel Town.

- The Adjustment Bureau – July 30 - I don’t know. “Very loosely based,” on a Phillip K. Dick story is not entirely encouraging. Verdict - CABLE

-Cats & Dogs: The Revenge of Kitty Galore – July 30 - This is a sequel. The original came out nine years ago and was reasonably entertaining for a kids movie. We’ll probably rent it for Lil’ Troublemaker. Verdict - RENT

-Life During Wartime – July 23 - This one is a sequel to Todd Solondz’s dirty and creepy 1998 movie, Happiness. That one offended the shit out of me, so I doubt very much I’ll see this one. Granted, Wartime may not defend pedophilia in quite the same way, but is shit like that really necessary? Verdict - PASS

.-Cyrus – July 9 - Speaking of dirty and creepy, how about some incest? This one may be more innocent than it seems, but I’ll wait and see. With Jonah Hill and John C. Reilly involved, I hope it turns out OK. Verdict - RENT 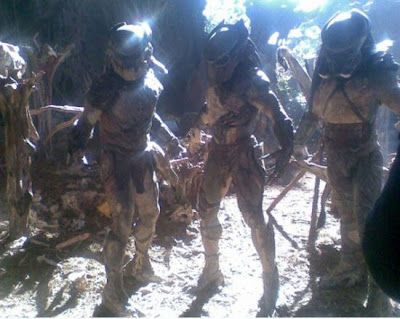 -Predators – July 9 - This sequel/reboot comes courtesy of Robert Rodriguez, so I am firmly on board. With practical effects wherever possible, a strong cast and an alien planet; this looks to be one badass fucking ride. Verdict – GO SEE IT OPENING DAY - TROUBLEMAKER’S JULY PICK

-The Sorcerer’s Apprentice – July 16 – When I first heard about this movie based on the Disney short from Fantasia, I just shook my head. Then I heard the mighty (sometimes) Nicolas Cage was starring and I laughed. But after I saw the trailer, I got pretty curious. Things looked kind of cool. If the rest of the hype is done well enough, I might just see this one on the theater. I just hope they work some hippos doing ballet in somewhere. Verdict – RENT with a 60% chance of THEATER

-The Last Airbender – July 2 – I’ve never watched an episode of the cartoon this movie is based on, but what I’ve seen looks pretty solid. What puts me right off of this one is the fact that it is directed by the running joke that is known as M. Night Shyamalan. His movies are some of the worst I have ever seen, with the exception of Unbreakable. As a matter of fact, The Happening would easily make my top ten worst movies list if I made a new one (I had not yet seen it when I made the last one). If this gets favorable reviews, I’ll see it. It really does look promising. If not, skip it. Verdict – WE’LL SEE HOW IT DOES

-Despicable Me – July 9 – I look at this animated feature about villains and really want to get excited about it, but it just isn’t happening. I hate to call this 2010’s Planet 9, but I’m pretty sure it is. Verdict - PASS

-Ramona and Beezus – July 23 – This will probably be a cute little movie, but it certainly isn’t for me. Somebody needs to adapt Superfudge, pronto. Verdict - PASS 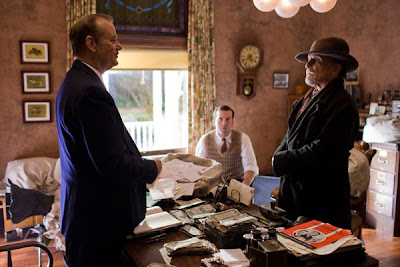 -Twelve – July 2 – Nothing here appealed to me. Verdict – PASS

-The Girl Who Played With Fire – RENT because a co-worker just recommended its predecessor, The Girl With the Dragon Tattoo; and now I’m curious.
-Restrepo – PASS because I really just don’t care.
-Countdown to Zero – PASS because Obama solved that whole nuclear war problem, right?
-Great Directors – PASS because I am not going to see a fucking documentary, no matter how many July seems to want to shove down my throat. NO! Not even if you promise David Lynch in this one, you dirty slut.
-The Concert – PASS. Come on, July! You can do better than that!
-Kisses – PASS. Or maybe not.
-Jean-Michael Basquiat: The Radiant Child – PASS because how many biopics about one massively overrated artist do we really need?
-Hugh Hefner: Playboy, Activist and Rebel – PASS because apparently the answer to the last question is “two”.
-Valhalla Rising – RENT, but I’m tempted to go to the theater, just to show July who’s boss.
-Beastly – PASS because who the hell is Vanessa Hudgens?
-The Extra Man – PASS because I didn’t even know Kevin Kline was still alive. Has he made anything since A Fish Called Wanda?
-…I Killed My Mother – PASS because “…” is no way to begin a title.
-Grease Sing-Along – PASS because I haven’t had a stupid rockabilly girl force me to do anything in years.

Posted by Phantom Troublemaker at 6:37:00 AM