I know yesterday I said this post would be about bootleg wrestling toys, but I ended up doing a podcast with Gnoll for Dork Droppings last night. Or actually, this morning. So here's a little something else I had ready to go. Enjoy!

I would love to make this a monthly list, but at this rate it looks like yearly is the best I can do. I’m putting last year’s list at the bottom so you can compare. I am reusing last year’s introduction because it still serves its purpose. Anything new in the intro will be in red.

I am a huge wrestling fan. I’ve been watching since I was a kid and haven’t missed an episode of Raw in at least ten years. I probably haven’t missed more than a couple of episodes of SmackDown, and saw every Nitro and Thunder until I stopped really giving a shit about WCW. My viewing of their last year was sporadic at best.

Does all of this viewing of half-naked men gripping each other forcefully make me some sort of expert on the art of professional wrestling? Of course not. It just means I think I am an expert, just like any other jackass who writes about wrestling on the internet without ever having been in the business.

Having said all of that, I do have very strong opinions on the sport and a good bit of time to eat up today. That combination of factors leads me to today’s topic.

Who do I look forward to watching every night? Who do other fans anticipate seeing? Who sells merchandise? Who puts on the good matches that keep us all coming back? Who keeps my finger off of the fast-forward button?

Also, who is creative utilizing well at the moment? Who is making the most of whatever they’ve been given? Who would have made this list if they weren’t stuck in a tag team with R-Truth right now? Who would we all miss if they were suddenly injured or fired?

These are some of the factors that were considered while putting this list together. I’m going to try and be as objective as I can be. As a result, John Cena will be on this list and John Morrison will not (Despite having a shot at the tag titles at WrestleMania. I just can’t get behind cobbled-together tag teams competing at big events. That’s why Big Show isn’t on the list, either. Miz made it for many reasons along with the tag titles.). Dammit.

Call me a wanker if you will for including the rookie, but the former Bryan Danielson is involved in the most interesting story in the company right now. His clashes with Miz have been tremendous and I think have gotten the audience immediately invested in his fate. WWE just needs to be careful with the squashes. Bryan can lose matches, but he needs to have the opportunity to display his awesomeness in the process. A quick “Great” Khali win has never done anybody any good. 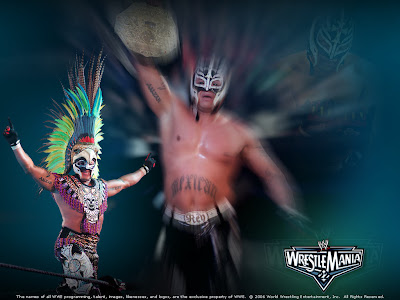 Rey honestly made it on here by virtue of his feud with Punk. Well, that and the fans love him more than pie. Rey delivers not only in the ring but also in the babyface sympathy department, both of which make him a solid foil for the new King of All Douches. 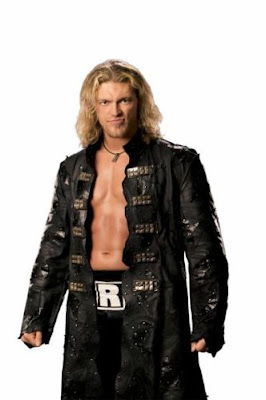 Edge should be higher up on this list, but his babyface return just hasn’t worked for me. He’s trying too hard to get this whole stupid “Spear! Spear! Spear!” thing over and the intensity that I had expected from his feud with Jericho just isn’t there. Regardless of all that, Edge is an outstanding worker who will find his rhythm. I just think it’s going to take a brutal WrestleMania defeat at the hands of a certain Paragon of Virtue to bring out his best. 7 – John Cena
Cena has mellowed out and has been surprisingly tolerable of late. I find I can stand him when he isn’t doing his fake shouty wigger act. After seeing him cowed by Batista more than once, I actually find myself somewhat sympathetic to the guy. If he delivers in their match at ‘Mania, though, we can expect the wigger to return. Plus, Cena sells shirts, so I can’t imagine him ever not being on this list. 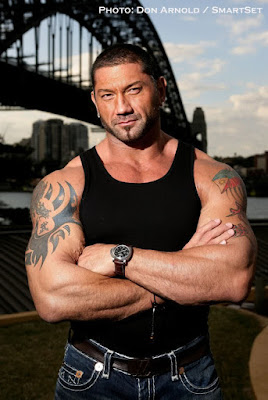 We are all so very thankful the old, dickweed Batista is back. And he even brought a fancy, metrosexual wardrobe with him! I maintain that CM Punk has inherited the King of All Douches title from Edge, but Batista would have to be Duke Douchey of Douchertonshire. The Cena/Batista feud would likely be the hottest thing going (it didn’t even need the WWE title, but it got it anyway. I guess because HHH v. Sheamus is like printing MONEY! Right?) if not for certain individuals who may occupy the top two slots on the list… 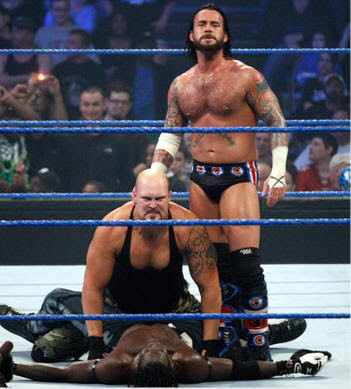 Clocking more mic and screen time than anybody else in the company, CM Punk had finally gotten to heel out, and the world is a better place for it. With his Straight Edge Society in tow, Punk gets massive heat every time he shows up. I’m just waiting for him to shave Rey’s daughter’s head. 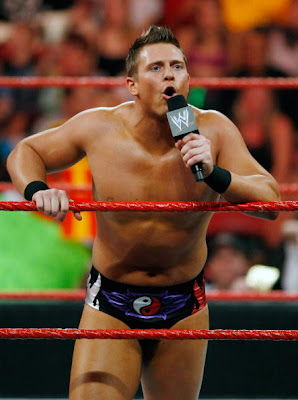 Talk about a dark horse. I’ve always had a soft spot for ol’ Mike, ever since he first showed up on The Real World. He irritated the hell out of me with his whole “Hoo-rah” crowd announcer thing, but holy shit on a brick has he come into his own. He owns the screen every time he shows up. The brief feud with MVP was actually hindered by Miz’ awesomeness because MVP had been so directionless nobody bought him as a contender for the US Title against the ON FIRE champ. The Miz looked like a Superstar while MVP looked like push chow. 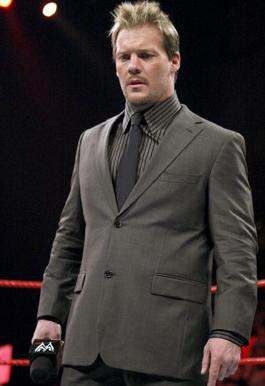 Do I need to explain why Jericho is great? The only reason he isn’t topping the list is because our numbers one and two have owned television with their epic story. 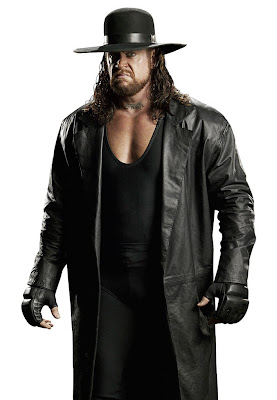 Everybody wants to see Undertaker v. Michaels part the second. ‘Taker is undefeated at WrestleMania. ‘Taker is a big, scary man. ‘Taker is one of the longest-running, greatest Sports Entertainers of all time. Can he maintain The Streak? 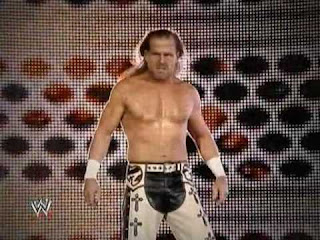 The Sexy Boy has had some of the most interesting and difficult storytelling to do over the past several months. And he has done it well. EVERYBODY who watches wrestling is one hundred percent invested in this match, and it isn’t because of Undertaker’s angry eyes. It’s because Michaels isn’t so much a storyteller as he is a stroyseller. We all believe in what is at stake here.

I would like to note a couple of things:

-Yes, I’m very sorry that John Morrison isn’t on the list. I just hate that he’s stuck in a tag team instead of in the Money In The Bank match (NINE people this year. NINE. What the fuck?), and he really hasn’t had a strong, consistent story lately; despite having a brand-new DVD to promote. I’m sure Truth & Wisdom will have a great match against ShowMiz, but I’d really prefer for Morrison to be doing his own thing.

-No, Drew Makeyoutired isn’t on this fucking list! Shut your stupid cakehole!

-Sheamus just doesn’t make the cut when compared with those above. I like the guy, but nobody recovers from a fluke title reign that quickly.

-Triple H isn’t here because he has gotten slow and extremely boring. He needs a heel turn like crazy, but I’m not sure regular fans would boo him at this advanced stage of his career. (This is exactly what I wrote about him last year)

-No Shelton? No Kofi? Why the hell aren’t these two doing anything? As a matter of fact, there aren’t any brothers on this list! Is Michael Hayes in charge or something?

-Phantom
Posted by Phantom Troublemaker at 5:16:00 AM