Toy Review: Masters of the Universe Classics - Skeletor - by Mattel 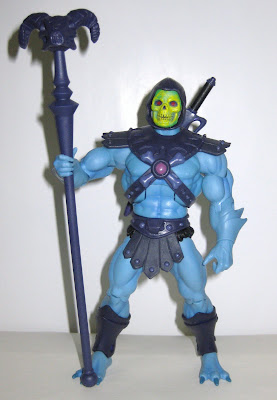 After the first Masters of the Universe Classics figure I ordered – Scareglow – turned out to be so awesome I decided I’d like to have a Skeletor, too. I already knew I’d be ordering Trap-Jaw whenever Mattel offered him, so I kind of had a breakdown of willpower regarding this line that I had not previously planned on collecting.

I passed on ol’ Skull-Face the first time around but luckily, Mattel whipped up a second batch to please those of us who missed out.

First Glance: Like Scareglow before him, Skeletor looks better in person. The head on the 2002 remake is still my favorite, but this one is an excellent update to the original. 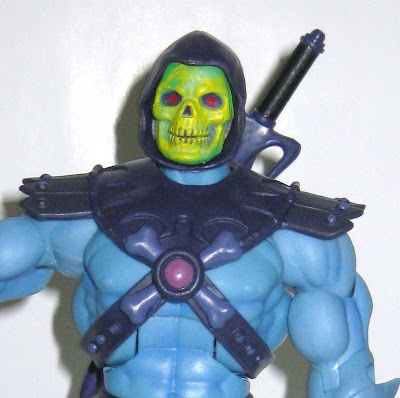 Sculpt: This is a tremendous remake in every way. It captures the look of the original 1983 Skeletor figure with far superior articulation and less… squatness. The articulation alone makes it a better figure than the 2002 version in my opinion. Skeletor has all of his weird parts, from his hood to his odd forearms to his crazy shin guards and three-toed feet. Oh, yeah – and the obligatory furry loin cloth, adorned with some fringe. Because fringe is fucking METAL! 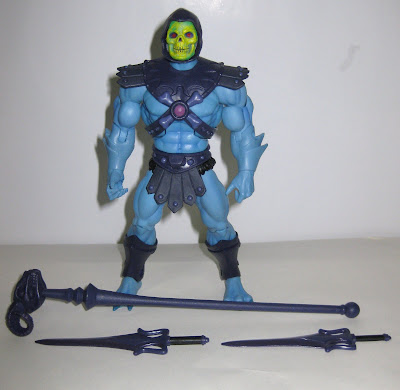 Design: Skeletor’s deco is just like the original but with more detail. His purple parts have highlights, there are several paint apps on his body and accessories and his face is detailed more finely. 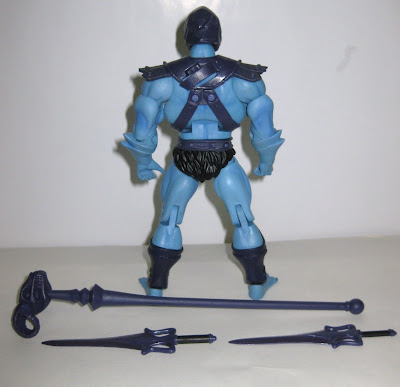 Accessories: The ram’s head staff, Skeletor's sword and half of the power sword are included. I suppose you could count his harness as a separate piece, but I don’t. Everything is nicely detailed and looks like a great upgrade on the original toy. 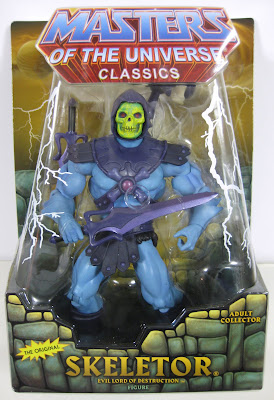 Packaging: The standard MOTU Classic blister that you open and throw away. It looks nice, but as an opener; I really don’t care unless it is resealable. 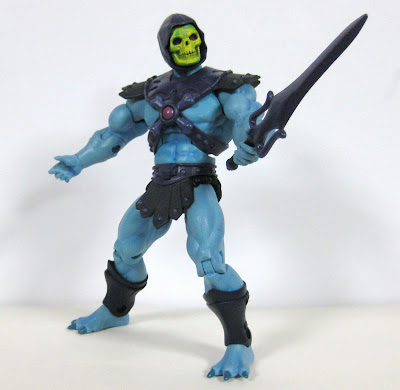 Overall: A perfect update. There is absolutely nothing I would have done differently. If you are a fan of Masters of the Universe I can’t imagine you wouldn’t want this figure. If you are a fan of skeletons or just horror in general you should probably try and get one. Even without any other MOTU figures, this guy is going to look great on your shelf. 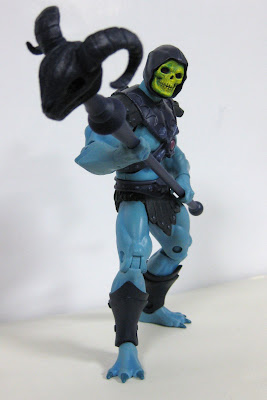 5 out of 5
He’s sold out on MattyCollector, but there are other options. You can probably find one online for around thirty-five bucks, you could wait for what I would say is an inevitable re-release; or you could start looking for the Toys R Us exclusive two-pack featuring a slightly different version of this Skeletor and Lex Luthor that should be hitting stores as we speak. Go get one! 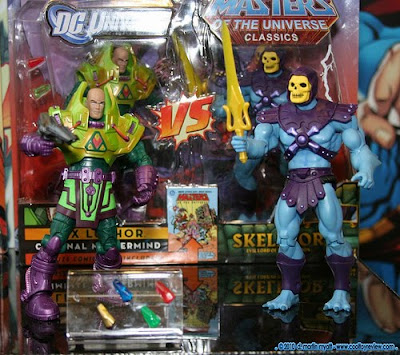 Posted by Phantom Troublemaker at 3:23:00 PM